But Mike never wavered in his dream of becoming an airline pilot with Air New Zealand. He single-mindedly pursued this goal, breaking it down into smaller parts then focusing on each step in turn. He began by obtaining a pilot’s licence and a job with a small commuter airline. Things took a dramatic turn when a flight to deliver a Twin Otter aircraft from the USA to New Zealand led to a crash landing into the sea hundreds of kilometres off the coast of Hawaii in the dark of night. The US Coast Guard colonel who eventually rescued Mike and his crew commented that nobody else had ever survived a crash landing into that part of the ocean!

As well as becoming an Air New Zealand captain, Mike harboured another ambition. One day, he wanted to stand upon the roof of the world and summit Everest. True to form, he broke the goal down and gained the necessary skills and experience by testing himself on difficult and potentially hazardous climbs across 6 different continents. Many were usually only tackled by vastly more experienced climbers. However Mike Allsop is living proof that his philosophy of ‘if you believe you can, you will’. He has reached every goal in spectacular fashion, including becoming an international airline pilot with Air New Zealand and ascending Everest in an unguided expedition.

He has since gone on to conquer numerous other mountains, pitting himself against the limits of human endurance and the unpredictable weather conditions that abound at extreme altitudes. He’s narrowly dodged a fatal avalanche in Peru, risked being shot in Russia and returned a replica of a stolen Yeti hand to a monastery in Nepal.

Mike is also one of a handful of athletes who have ever run 7 marathons in 7 days on 7 continents. This raised NZ$75,000 for New Zealand charity KidsCan.

Mike has since returned to the Himalayas to run the world’s highest marathon around Everest – a feat never before attempted. Backed only by a Sherpa team, he trekked to 5,630 metres above sea level. There he ran a distance of 42.2 kilometres (22.6 miles) in temperatures of -30 degC (-22degF), setting a new world record.

This feat is captured in the documentary ‘Chasing Altitude’ aimed at young people everywhere, showing that they too can achieve their dreams and ambitions overcoming the fear of failure and breaking each goal into a series of smaller steps.

He speaks from the heart when he tells his audiences about the power of goal-setting to make just about anything possible.

Audiences have described Mike’s presentations as “inspiring”, “motivational” and ”amazing.'

When Mike’s not captaining a 737 aircraft or planning his next inspiring adventure, he is at home sharing his stories with wife Wendy and their three children Ethan, Maya and Dylan. 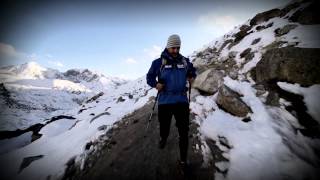 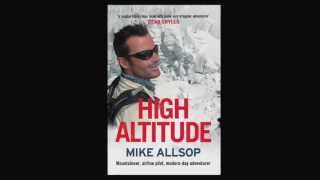 "Mike's presentation was excellent. Really appreciated that he was happy to stay and chat to delegates. He was extremely well received by the delegates and a brilliant first keynote. Such a genuine, humble, incredible man. I would not hesitate to recommend him or book him again"  Commonwealth Bank

"Mike Allsop was very well articulated and had the crowd engaged from the moment he stepped up on stage and all the way through to the networking drinks. Although he spoke of remarkable triumphs and achievements he was very humble in his presentation. 10/10"  Chartered Accountants Australia New Zealand

"Mike Allsop is one of those rare after dinner speakers – combining passion and storytelling with uplifting insights into what's possible for all of us. He spoke at the Hong Kong New Zealand Business Association gala dinner (August 2018) and had his audience of 150 guests spellbound as he talked about his achievements on Mt Everest and as a marathon runner. Just as compelling was his advice and insights into parenthood, families and setting personal goals. I can't recommend him highly enough"  Hong Kong New Zealand Business Association HKNZBA

"Mike is a genuine can do person who packs a lot into his life – entertaining, funny, inspirational and motivational…he left us all feeling we have the power to do great things"  Electricity Engineers’ Association

"Mike was awesome, cool, calm but spoke with such passion. His story was amazing!"  Barfoot & Thompson

"Mike was outstanding! He truly is just an everyday Kiwi guy who has managed to achieve some amazing things. His down to earth nature and typical understated Kiwi style meant he was able to build rapport with the team and engage them in a very genuine way. He also did not beat about the bush, emphasizing that to succeed takes hard work, passion, commitment and a never give in attitude. What resonated for the team was Mike's mantra that if you never give in, you can never fail. Mike was also able to engage the team in a very real way, having walked the talk so to speak, with not one, but multiple unique challenges set and overcome in his life.  I do not hesitate to recommend Mike as an excellent motivational speaker who has a unique ability to relate his superhuman stories and feats to the everyday Kiwi. He has helped all of the team believe that even mere mortals have the capacity within them to do amazing things. Mikes speech was the perfect way to set up our sales conference. As a local player in an increasingly global media industry we face many large and exciting challenges and we need staff who believe in themselves and in their own ability to overcome obstacles and find a successful path into the future. The team left the room buzzing after hearing from and interacting with Mike and he has had a lasting impact on the culture and belief of the sales business.   Thanks Mike – from one simple Kiwi bloke to another, you truly are an inspiration"  TVNZ Sales Conference

"Mike was an incredibly powerful speaker – humble, motivating and passionate. He was really easy to deal with and a total professional. Thanks Mike!  ANZ Bank