Vitale Lafaele was a soldier in the NZ SAS before joining the Police. Vitale commanded the NZ Police Armed Offenders Squad, Counter Terrorist Croup and is the only Pasefika Area Commander appointed in Auckland. Vitale speaks on the topics of Leadership and Motivation.

He is a results-focused senior executive with demonstrable business acumen and key competencies in business, operational management and leadership development of teams.

Vitale was born in Apia, Samoa. His family moved to Auckland when he was two years old.
When he left school, he worked as a labourer with no qualifications. He applied to join the NZ Army Special Air Service in the first intake open to civilians.  From over 300 applicants, Vitale was one of four who survived the 15-month course and served 7 years as a soldier in the SAS.
In 1985 Vitale joined the NZ Police.   He served 30 years in Police and held leadership and senior management roles including Detective Inspector, Commander Counter Terrorist Group, Commander Armed Offenders Squad, Commander Dignitary Protection and Witness Protection Squads, and Area Commander Counties Manukau.
When he was appointed to the role of Area Commander, he was the first Samoan to gain the command of an area in New Zealand and is still the only Polynesian to reach the top level in any of Auckland’s three metropolitan police districts.
Since leaving Police in 2015, Vitale held roles as General Manager, Board Director and Business Mentor.
Under his leadership, tactical squads were deployed in some of the most nationally significant events such as the Napier siege, Urewera anti-terrorist raids, and the highly publicised New Lynn hostage rescue, the only explosive entry in NZ Police history.
Highlights of his career include deploying overseas as a Commander with the Victoria Police during the Melbourne Commonwealth Games 2006. And being responsible for the protection of President Bill Clinton at CHOGM and Prime Minister Tony Blair on his visit to NZ in 2006.
Vitale’s career has spanned over 40 years Army, Police, and Corporate operational and executive leadership and he is the only Police officer to command all NZ Police Tactical Squads.
Vitale knows first-hand the importance of organisational leadership and the notion that everyone is a leader.  Leaders enable a common vision and create an organisational culture of excellence and high performance.  Vitale promoted leadership in staff he commanded from small SAS patrols and tactical teams to hundreds of staff as Area Commander.
Vitale has a fascinating story to tell from the early days as a poor Pasefika youth growing up in Grey Lynn, to a soldier in the elite SAS, to having a long and distinguished Police career. He provides a rare insight into his training, decision making and mental toughness.
His vast and in-depth experience in leading people is thought provoking and insightful. He brings over 30 years of lessons, hard learnt through practical and relevant life experiences.
Vitale’ leadership journey is fascinating, influential and relevant to all organisations. 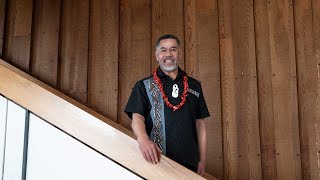 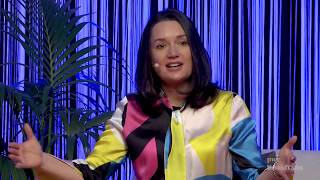 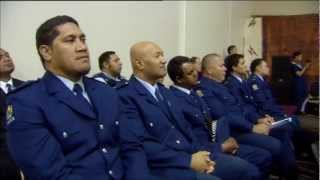 "The tone of your message resounded strongly with everyone and our team responded incredibly positively to your input.  Your contribution was a major part of the whole conference experience and I loved the 'Humour and Humility' value you spoke of"  Gordon McLeod CEO Ryman Healthcare

“I attended the Pacific Police Fono in Wellington in 2009 to network with other police officers from across the country.  There was a speaker on that day that blew away the participants, caught my attention and laid the challenge for me as a Pacific Islander in police.  I walked away from VJs presentation with a new purpose in my policing career.  That was for my Pacific Island community to see positive changes.  I needed to be part of that discussion that shape the policies and strategies that impact the community.  Six years later I was sitting next to VJ as a Senior Sergeant in Charge of the Pacific, Ethnic and Asian portfolios in Counties Manuka and mentoring programmes across the Pacific Islands.  VJ was hugely instrumental in building initiatives within NZ Police and I was a beneficiary of his vision and leadership”  Rei General Manager at Village Collective and former NZ Senior Sergeant of Police.

“We found Vitale to be a man of immense character who resonated well with our elite athletes. He has a story worth telling and lessons worth listening too. He has my endorsement.  Jerry Seuseu Welfare and Education Manager Vodafone Warriors.

“Thank you so much for taking the time to present.  The awardees certainly enjoyed your presentation and from the comments afterwards, many took something away that they can really use. The overall week seems to have been a great success and it gives us as Rotarians, working with others, much pleasure that working together we can positively influence the lives of some of NZ’s future leaders.  Again, very many thanks Vitale for your time”  Ingrid - District Governor Rotary NZ

“VJ was a keynote speaker and coordinator at many Pacific and Royal NZ Police College leadership courses over many years and I had the pleasure of both working and co presenting with him.  Such was VJs operational and strategic experience that he had a reputation of a leader of much cultural wealth and one immensely respected in maintaining the rule of law.  His keynote speeches were inspirational and motivational for staff of all ranks.  I know of many officers who went on to enhance their leadership and police careers sighting VJs presentations as the key reason that inspired them to set personal challenge’s and seek promotion.  A man of great humility and a sense of calmness that one cannot escape but be drawn to.   His leadership talks reflect the challenges of diversity, complex, and fast-moving environments which he articulates with passion and takes the participants in a journey of leadership discovery.  His ability to trans cross his leadership skills from strategic planning and boardrooms or the homeless person on the street to AOS Commander where he switches to a mode of rapid fire decision making in confronting moving and dangerous armed offenders is a very special skill set rarely seen but greatly admired.”  Lou - former NZ Inspector of Police and National Pacific Responsiveness Manager

“What I love about VJ is he always makes you feel so valued no matter what he is saying.  A born leader and gifted speaker.  I’m so blessed to have travelled to Samoa with the Samoan NZ Police contingent in 2012 for the 50th Independence with him as our leader”  Sue NZ Police

“What an amazing treat you gave us.  Your story connected with a lot of our team.  The GM was absolutely impressed by you. You made Ellie and I feel very proud.  I can’t thank you enough and I believe you unlocked some thinking for our team members and put dreams within reach.  Keep doing what you’re doing because it’s going to change thinking and change lives”.  Junior Manager Security & Host Responsibility SKYCITY

“Thank you for attending our Awards evening and sharing your amazing journey.  There is a Samoan saying Ua ta fia Falealili fua.  I am a proud Samoan, but I was inspired and even more proud to be a Samoan that evening listening to you”. Tasi Security Team Manager SKYCITY Auckland

“Thanks, so much for introducing Vitale to our club. As mentioned, I think he’s a great inspirational speaker - very down to earth and relevant for our community. And would be a great role model for kids growing up in similar situations”. Lucy, Auckland Rotary President

“I'm pleased you enjoyed VJ yesterday. Yes, he is a great inspiration for anyone and, as you say in particular for youth at an impressionable age. He achieves excellent results with business groups also with his talk on motivation and leadership. As I mentioned I would be very keen to see VJ address the Rotary Leadership Group and a Rotary Conference so anything you can do to advance that would be appreciated”.  Jim Hainey Managing Director Speakers NZ

“Hi Vitale, Thank you for your magnificent presentation on Tuesday morning. It was very informative and entertaining. People I spoke to were greatly impressed. It's a pity we were constrained by time, it being a breakfast meeting.  All the best for your speaking future”. Tony Auckland Rotary

“I spoke with a young leader at our Rotary Club and mentioned he heard Vitale speak at their recent Rotary Youth Leadership Awards dinner. He was so impressed with Vitale’ leadership and motivational keynote that he had one of Vitale’ quotes tattooed on his forearm to motivate and inspire him every day. Very impressive and obviously made a huge difference in this young man’s life.” Richard - RYLA Rotary International

“I’ve got to say you are one of the very few speakers that I am very impressed with! I am very pleased to have met you and your talk is one of the highlight events I have had coming to NZ for the very first time. Thank you very much.”  Patrick - International Police Association NZ Tour 2016