Hugh is Britain’s most successful male mogul skier and is a commentator on winter sports. He made the semi-finals at the1992 and 1994 Winter Olympic Games. He competed on the World Cup circuit for four years making ten top 25 results. He won the British senior title four times and he has three Commonwealth titles. Now he commentates and mentors.

Success, resilience and continual improvement are qualities all businesses should always focus on.  If you want to motivate your team in these and other areas Hugh Hutchison can help with his engaging motivational business talks.
Hugh currently lives in NZ but has worked for major international brands including Red Bull, Reebok and international sport and entertainment agencies for the last twenty years in the UK, Europe and the US. He has been a shareholder and director of a UK listed company and is currently a shareholder and director of companies here in NZ and in the UK. Last year he took on the role of Head of Event Strategy for Fairfax Media and Stuff.
Hugh is an Olympic freestyle skier and competed on the World Cup Mogul Tour for five years. He competed at the Albertville and Lillehammer Winter Olympic Games and won the British Senior Mogul title four times as well as European and Commonwealth titles.
Since retiring from competitive skiing Hugh has commentated and been a pundit for Olympic Broadcast Services, the BBC, Eurosport and Sky. He has worked on several Winter Olympic Games including last year’s Games in Korea.
In 2018-19, Hugh has worked for Fairfax NZ on developing two to three year strategy and implementation plan for their events division. Their event portfolio includes some of NZ's biggest and highest profile events including: 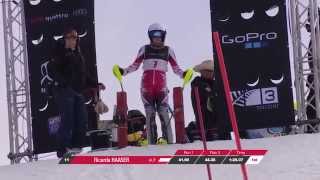 "I have heard Hugh present and speak at seminars and conferences where CEOs and senior commercial management of many of NZ's sport and recreational organisations have been in attendance.  Hugh very quickly developed credibility in NZ due to his broad background, range of experience and commercial acumen.  His presentations and talks are full of quality business insight, engaging and very entertaining.  Companies both large and small could benefit from Hugh's experience and knowledge of sport, business, the military, leadership and teamwork.  Whether senior management or junior staff, all could learn from Hugh as well as be thoroughly entertained".  Richard Howarth, General Manager, Gemba New Zealand Ltd

"You were just what we needed!!!  I don't think we have stopped talking about your presentation for a moment, since you left the building.  In addition to getting the sales consultants all fired up and wanting to win, you got them thinking about their equipment, their business plan, their training and scrutinising opportunities to do better.  You were inspiring Hugh and truly reached the imagination of every person in the room.  The next day I was bombarded with people coming to my office to say how much they had taken from the event.  How it had affected them and how they wanted to change or try harder on the back of listening to your experiences and take on what is important.  Moreover, our month ends in 2 days time and we are all on track to hitting very challenging targets.  The results we wanted!"  Sally Douglas, National Training Manager, CR Smith Glaziers