Howie's unique blend of Irish, Scottish, German, Tongan and Maori heritage certainly shines through with his ability to communicate with people from all walks of life and age groups. A truly professional, charismatic and humorous character who is able to interact and cater to any given occasion

MC and Speaker
Howie has had years of experience as an MC and guest speaker both nationally and abroad. His sense of humour, quick wit and ability to communicate and entertain is what attracts people from all walks of life to continue booking Howie on a regular basis. The ideal front man guaranteed to make your special event an enjoyable and memorable occasion.

Hunter
The face of the very popular program “Hunting Aotearoa” for seven series, Howie has developed a huge rapport with hunters throughout NZ, Australia, Samoa, the Cook Islands, Fiji & Hawaii. The re-runs that have played on Heartland NZ television and the indigenous channel in Australia have also attracted a huge following.  His friendly, humorous personality and ability to communicate with people of all ages & ethnic groups is what has made Howie a household name today.

Howie believes hunting and fishing is not a sport but more an activity, and also a means of utilising our natural resources to put food on the tables of those not so well off.  Without a doubt NZ’s fastest growing outdoor activity to be shared by ALL Kiwi’s; not only affordable but more importantly, educational for our youth.

Entertainer
Howie Jnr has been performing professionally since 1985. With his dad as rhythm guitarist and backing vocalist; as a solo artist since 1990, and more recently with his own Trio alongside Russell Harrison & Chris Powley. During his career he has worked with many greats in the entertainment industry, the likes of John Rowles, Tui Teka, Billy T James, Frankie Stevens, Dalvanius, Eddie Lowe, Toni Williams, original members of his dads quartet, Dame Malvina Major, Annie Crummer, Tina Cross and many more.

Now Howie has teamed up with former members of the highly acclaimed band Cairo and female artist Rewa Ututaonga, to form the Howie Morrison Showband. Showbands were a huge inspiration in the late fifties thru to the eighties & provided the public with REAL entertainment filled with nostalgia, harmonies, kiwi humour, impersonations and great musicianship not seen today.  Groups like the Howard Morrison Quartet, the Maori Volcanic’s, the Quin Tiki’s, the Tremello’s & the Highmarks just to mention a few. The Howie Morrison Showband is guaranteed to provide all of the above & more in a variety of packages that will cater to all occasions. 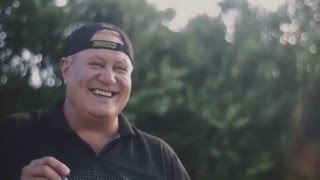