Funny man and regular on 7 Days, Ben is a fantastic MC or After Dinner Entertainer.

Born in Taranaki, Ben cut his comedy chops in Wellington before making the move to London where he honed his craft to the fine tuned beast we now see.

As Head Writer for 7 Days, Ben is also a regular panelist on the show and has appeared on numerous TV shows including the Comedy Gala, AotearoHA, Would I Lie To You and The Project.

He has hosted the New Zealand Music Awards, his own show alongside Steve Wrigley, World Famous with Ben & Steve and most recently TV3’s stand up comedy show After Hours.

Ben is available for corporate functions as an MC or after dinner entertainer. 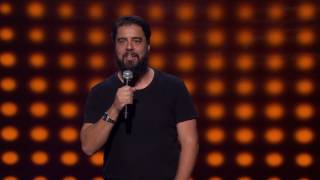