Muskan is a teenager who was born in India with partial hemiplegia, which left her right side weaker than her left and given less than 100 hours to live.

She was also born with weak eyesight, underdeveloped lungs, and holes in her heart. She moved to NZ aged 4 but had problems at school due to her weaknesses in English, sports, and making friends. People found it hard to accept her because of her differences. She used to pass time by reading in the library every lunch time.

Gradually, her vocabulary improved, and English became one of her favourite subjects. After living a friendless life for 6 years, her younger brother Aman gave her the courage to step out and learn to accept herself for who she was.

Muskan went on to become class captain, a journalist, and a radio host.  She received corrective surgery in March 2013, and wrote her autobiography " I Dream" during her recovery.  She has sold copies to raise funds for Starship.   She has given a talk at TEDx Auckland 2014, and was honoured with a Youthweek Award, a Quota International Women's Award, and two Attitude Live Awards in 2015.

She was recognised by Prime Minister Jacinda Ardern in the Young Achievers Awards (sponsored by the Indian Weekender).

Muskan was also a finalist (one of three) in the Global Indian Women Awards for the work that she has done.  Global Indian Female was a category as part of the Yono SBI Twenty under Twenty list of young achievers, courtesy of SBI bank.

Muskan generously spreads the message of self acceptance amongst young New Zealanders wherever she can. 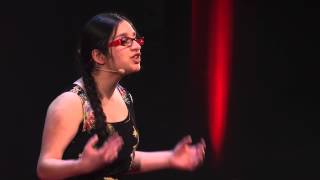