Build the worlds largest waterslide despite facing huge obstacles, not the least of which was his own depression. Jimi's determination and refusal to be defeated is an inspiring tale...

Jimi has some interesting stories, not only about depression, but more importantly about achieving your goals (he did build the World's Biggest Waterslide) and living more awesome. He inspires people to get up, get out and get stuff done. Everyone is capable of leading an amazing life, you just have to flip the switch and decide that from today on everything is going to be amazing. He has spoken at launches, conferences, fundraisers and more. 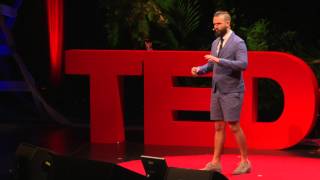 "He was bloody great. Jimi tells a wonderfully honest and frank tale that really hit home with the men and women of the Navy who were there. He did what we needed, he got the message through to our people and a number have taken the time to respond directly to Jimi. He really made a difference to our Navy, I can't ask for more than that."

"Jimi is an exceptional motivational speaker who is engaging for all ages. Jimi is fantastic to work with, organised and shares a remarkable story. Jimi is a first class speaker - our staff and customers which have had the privilege to listen to Jimi have provided positive feedback and thoroughly enjoyed his speaking engagements."

"Jimi was simply outstanding – the strength of his message was enhanced by his humorous, student focussed approach. It is refreshing to see young New Zealanders like Jimi supporting our youth to make the right decisions in life."