Tarun is a regular at Auckland’s Classic Comedy Bar, is a confident MC and very entertaining corporate comedian.

He has being performing comedy since he turned his back on his dad’s offer to run the family business which was a bustling convenience store in the suburbs of Auckland.

Tarun has been performing as a professional comedian for over 10 years with nominations in the Billy T Award and taking out best comedy show in 2004 at the New Zealand Comedy Festival.

He has performed all over the globe and on the Jongleurs circuit in the UK, Yuk Yuk’s and Lafflines in Vancouver, The Improv, The Ice House In and The Comedy store in LA, multiple comedy rooms in Sydney and all over New Zealand. He a sought after comic on the New Zealand pro circuit and a seasoned corporate comic.

He has written critical acclaimed plays D’Arranged Marriage, From India With Love and Cornershop Confessions. TV shows he has written for are 7 Days, A Thousand Apologies, and The Project.

Since 2012, Tarun runs Laugh Club NZ with Nick Rado, which runs comedy night around New Zealand from Kaitaia to Invercargill. 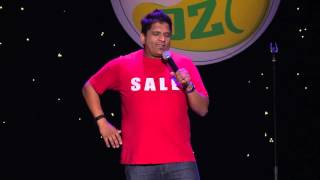 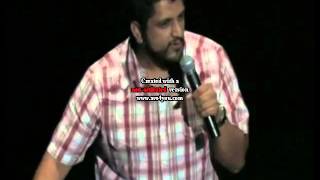 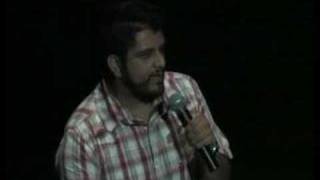 "Tarun was an exceptional MC / Comedian, he was very well received by the 100 plus attending the event.  Very funny guy kept to our brief and he was generous with his time.  From an organisational sense, Tarun made contact early with myself and remained in contact up to the event which gave reassurance we were onto an all-round professional who understands the complexity of organizing such an event.  His performance was seamless and very funny, the feedback from the group was very complimentary and they enjoyed his company after his sets and appreciated the extra effort he went to engaging with his audience.  I would not hesitate to have Tarun host or perform at our future events and wish to thank him for his time and effort he put into and leading up to the Gala Dinner"  Henry Epskamp, Brake and Transmission NZ

Tarun was easily contactable prior to the event and on the day. We were impressed with his politeness and willingness to provide stand up comedy with the right amount of prudence and still appeal to the whole audience.  Corinne Moore, Master Joiners Conference