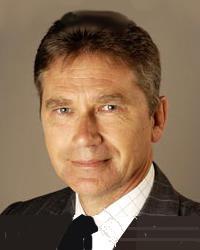 Michael graduated in 1983 from the University of Canterbury with a Diploma in Journalism, and from then on has worked for various media agencies including Radio New Zealand, National Business Review, Horizon Pacific Regional Television and Channel 10 in Australia.

As a reporter for TVNZ, Michael has won many awards, including Qantas Media Awards (Best Presenter 1999 and Sports Current Affairs 1994) and Westpac Economic Journalism Awards amongst others. With his wife Joanne coming from China, he has been trying for some years to master the subtleties of Mandarin. With two young boys in tow, they are regular travellers to China to see family. Michael is a keen observer of the growing Asian influence on business in New Zealand. As the anchor of ASB Business Michael is constantly sourcing current business interest stories and has interviewed some of the top business/economic leaders as they visit New Zealand.

As a conference MC Michael brings a quiet dignity to the role. His undisputed high integrity in the business world and his presentation skills means that any event he fronts is kept at a high interest level without losing the spontaneity of the occasion.

As a reporter for TVNZ, Michael won many awards, including Qantas Media Awards (Best Presenter 1999 and Sports Current Affairs 1994) and Westpac Economic Journalism Awards amongst others.