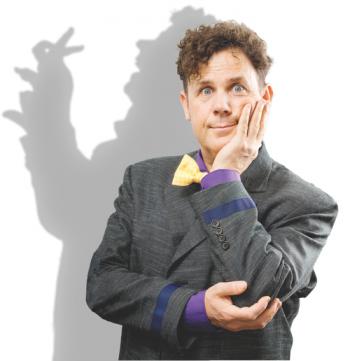 Australian based Raymond Crowe is "The Unusualist".

For those not in the know, the "unusualist" is a master of intricate hand shadow puppets, ventriloquism, physical comedy, world class illusion and brilliant audience participation.

With his warm sense of humour, contemporary approach and highly skilled traditional techniques, Raymond Crowe invites us to embark on a journey that transcends belief.

Raymond Crowe is called THE UNUSUALIST for good reason - there is no other performer like him.

Originally from Australia; Raymond has charmed audiences all over the world.

His amazing signature Hand Shadow piece performed to the Louis Armstrong classic "What a Wonderful World",  a global YouTube sensation that has now been seen by an estimated 200,000,000 people.

Raymond's performances include the UK's Royal Variety Performance in front of the Queen, Sunday Night at The London Palladium, UK. The Illusionists Live On Broadway, NY. NBC's The World's Greatest Magic and The Late Show with David Letterman.

In his own back yard, Raymond is a highly respected artiste who was a Grand Finalist on Australia’s Got Talent. In addition to regularly performing his own popular shows, Raymond is also a highly sought-after entertainer for corporate events, functions and prestigious overseas shows such as The Illusionists -The Planets Largest touring magic show. 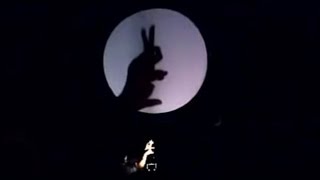