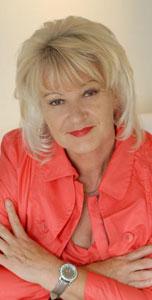 Being honoured in the top 1% of Financial Advisers worldwide, with a “Court of the Table, honour, Juliet is a 5 year member of the premier association of financial professionals ” The Million Dollar Round Table”, and was invited to speak at a World Financial Conference in Montreal Canada in 2009.

Juliet’s initial career of 20 years was in banking. After years of battling chronic illness, and being a top sales person in banking, Juliet lead many underperforming bank branches to become top in sales. She was also instrumental in introducing the profiling of the bank’s high value clients.

Juliet’s career in banking reached its peak in 2000 and she started a successful, award winning insurance and investment business.

As an independent AXA Adviser, some of her awards include:

Juliet has now pushed the boundaries in areas outside her business and raised the profile of her concerns by leading a national campaign to obtain Government attention on a major health issue - which is the effect on health of amalgam in mercury fillings.

Juliet always excelled at sport, including coaching basketball and playing at representative level for many years. So it was no surprise to her family, in the unique way she decided to raise awareness and attract media coverage of her national campaign. By personally challenging 4 celebrities who relayed 160km cycling, in the biggest annual cycle race held in New Zealand, “The Lake Taupo Cycle Challenge”.

Juliet succeeded in beating her team to the finish line by 5 minutes. Even with ill health, she was determined to dedicate 150-200km of cycle training per week in preparation for this race and a highlight was winning her cycle clubs 2008 points trophy.

Juliet has been interviewed on radio and television and featured in “The New Zealand Women’s Weekly” and also many local and international newspapers, as far away as the United Kingdom.

It was a huge honour for Juliet to be invited to speak with two doctors in Parliament May 2009 on her submission of banning mercury amalgam dental fillings in New Zealand.

Stepping All the Way to Parliament
The Power of Every Step.
Don’t Let Fate Decide your Financial Well Being.
Building a Successful Business
Without Fear there Cannot be Courage
Power of Belief in Yourself
Courageous Women

“Juliet has a very powerful story to share. She brings passion and drive to her audience along with personal and professional stories that motivate. I would recommend her as a fabulous ‘Conference Speaker’ at any event.” Carla Zanotto, Regional Marketing, Living Benefits Specialist, Canada Life

“Sensational and one of the best presentations I have heard.”Sue Kedgley MP, Parliament, Wellington.