Gilbert Enoka has worked on performance enhancement for nearly 20 years with many of our corporate and sporting elite. He encourages individuals to take ownership of their own direction and to improve their ability to control the many variables that inhibit optimal performance

Reaching your full potential so you can lift the performance of your team and business can be achieved with the guidance of a skilled professional. His skills have been highly sought after by the All Blacks, The Canterbury Crusaders, Super 12 rugby team and the New Zealand Cricket Team. You will find Gilbert’s workshops ‘matter of fact’ and interactional providing you with the winning tools and skills used by many of our corporate and sporting heroes.

Over the past three decades, Gilbert Enoka has built his reputation as New Zealand's leading mental skills coach. Gilbert has worked as a mental skills coach for the All Blacks, Canterbury Crusaders, the Silver Ferns and the Black Caps and strongly believes that players who are mentally prepared will perform better on the day. And it's not just on the field that Enoka applies his philosophy. Gilbert is a highly skilled practitioner who has worked on performance enhancement for over 20 years with many of our top CEO’s, and business and sporting elite. His coaching abilities are also an integral part of his role as general manager for Harcourts International, New Zealand's largest real estate firm. Gilbert is philosophical in his approach to his own life and thrives on preparing people for the hurdles that life puts in front of them, and in seeing others succeed. \

What happens following failure, according to Gilbert, says much about the strength of a person. "There's a cycle and it is similar to the traditional grief cycle. What a lot of people don't recognise about professional sportspeople is they have a huge sense of personal ambition and focus . . . and the other end of that is the intense disappointment they can feel," he says. The cycle stages are shock, denial, anger, pressure then hopefully, says Enoka, acceptance, deciding on options and action towards a new future. Enoka, himself, has come a long way from Masterton where he grew up, the youngest of six brothers shuffled between boys' homes. Their mother, a pakeha, was crippled and incapable of looking after them when their dad skipped back to Rarotonga. Yet Enoka reckons he has nothing to complain about. It's all about the moment, he says. This one, then the next one. Gilbert is a highly motivational coach and speaker who can inspire your people to be the best that they can be. 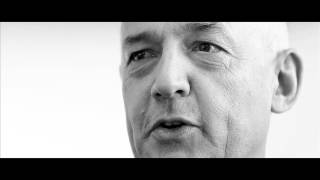