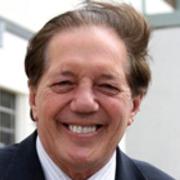 Sir Tim is a real character and an entertaining speaker. As one of New Zealand’s best known personalities, former concrete contractor Tim Shadbolt caused quite a stir in 1983 when he was elected Mayor of Invercargill and remains in office to this day. Tim’s innovative and creative marketing has attracted investment and people to Invercargill.

Sir Tim Shadbolt was born in Auckland and has three adult sons. He was a foundation pupil and Prefect at Rutherford High School in West Auckland. He attended Auckland University where he majored in History and started his career as a student activist after being elected to the Students Association Executive. He was employed as the Editor of Craccum.

From 1971 – 1983 after leaving University, Tim had a concrete contracting business, managed the family orchard and worked on school committees and community and political causes. He was involved in developing the Huia Arts Community. Tim became involved in Local Government politics and was Mayor of Waitemata City from 1983 – 1989, served on the Auckland Regional Authority 1983 – 1988, was a Waitakere City Councillor 1992 – 1993 and was Mayor of Invercargill City from 1993 – 1995.

In between his local government activities Tim carried on his business as a concrete contractor and created quite a stir when he was seen towing a concrete mixer behind a mayoral car. In 1998 he was elected for a second term as Mayor of Invercargill and that is the position he holds today. He has published and written the following works:

He spent two years as a columnist for the Sunday News and is presently a columnist for the Southland Times and a regular contributor to Foveaux Radio – John Husband’s Show. He was the television presenter for That’s Fairly Interesting, Graffiti and Welcome to the Club which were filmed by Communicado - TVNZ between 1985 – 1988.

Sir Tim has appeared in numerous radio and television shows including 7 Days and Dancing with the Stars as well as celebrity quiz shows, telethons, charity functions and debates over the years.  He is a professional and amusing after dinner speaker.

He was knighted in the 2018 New Years Honours List.