Winner of “Female Comedian of the Decade” at the 2010 NZ Comedy Guild Awards, Michèle A’Court is a stand-up comedian, writer, social commentator, speaker and corporate MC.

Michèle is a frequent voice on RNZ National’s “9 to Noon” and “The Panel” and is a regular guest host on Three’s primetime show, “The Project”. She has made regular appearances on the hit comedy show “7Days” since it began in 2009.

Originally trained as a journalist, Michele has written two bestselling books: “How We Met” (2018) and “Stuff I Forgot To Tell My Daughter” (2015) both published by Harper Collins. She writes a weekly column for the NZ Woman’s Weekly.

Her international experience as a stand-up comedian includes work in the United States, Canada, the UK, Australia, Papua New Guinea and East Timor. She has been working as an after-dinner speaker, event host and conference MC for more than 25 years.

Michèle is Patron of “The Aunties” Trust, a grassroots charity for women and children in need. She is also Patron of the Moving & Handling Association of NZ (MHANZ) which cares for carers in the health sector, and she is an Ambassador for Breast Cancer Cure. Michèle is a proud member of Actors’ Equity, and a Life Member of the NZ Comedy Guild. 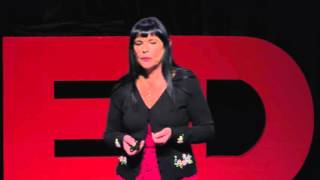 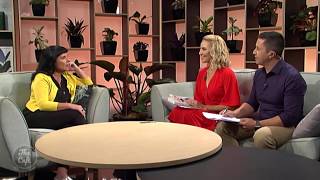 “Michele was GREAT! She fitted in so wonderfully. Michele was so warm and positive with everyone involved in the event and really helped what at times was quite a high pressure situation. So Michele was great to have around in the same room for three days! Her MC-ing was also very high quality and her comments completely appropriate for the subject and audience. Michele had really great energy about her. We have had really positive feedback - she was incredibly popular with the audience. Thank you Michele!” Philanthropy NZ – Summit MC – May 2021

“Very professional yet warm and engaging. We would not hesitate to recommend Michele or use her again as an MC in the future. Michele A'Court was the consummate professional - she listened to and delivered on the brief and was an engaging and humorous MC for our Awards. We would not hesitate to use her again and recommend her to colleagues.” – Mark Scherer, Cherry PR & Events, Albert Eden Business Awards & NorthWest Business Awards – MC - June & July 2019

“Thank you very much for your outstanding MCing. Frankly, it was all I could ask for and I’m very grateful that you made it all so easy for me. I particularly enjoyed the light touch you brought to the event, and the summing-up at the end was fantastic. It’s been a very long time since we had such a professional MC and I appreciate the time and effort you put in to make it flow so perfectly. The feedback from delegates has been excellent. Thanks once again for your very large part in the event’s success and I hope to work with you again in the future!” – John Collyns, Executive Director, RVA, Retirement Villages Association Conference MC – June 2019

“Michele was incredible, so professional, as the organiser, I felt that she just took all the worry away. Michele made such a difference. She made a real effort to chat to the speakers, talk them through the process and made the event seamless.” – Chantelle Bradbury, Marketing Co-ordinator, Strategic Pay, RemNet Conference MC – November 2018

“It was such a pleasure to work alongside Michele A’Court as the MC of two recent leadership conferences. Michele has the ability to connect with audiences from a range of backgrounds, global business locations, viewpoints and cultures. Her warm, engaging and quick-witted personality lifted both events and our attendees enjoyed getting to know Michele, as she’s so approachable and friendly. Meeting with and briefing Michele was a breeze, as she’s quick to respond and flexible in terms of her ability to change tack at the last minute, which makes organising large, complex events so much easier. I wouldn’t hesitate to recommend Michele as an MC and am looking forward to working with her again in the future.” - Haley Coe, Director, The Halo Effect, Metlifecare Conference and thl Leadership Conference – September 2018

“Highly entertaining – fits so well with our crowd! Reads the audience well, adds the humour for on the spot moments. Really works the room and includes the audience. Awesome!” - Architectural Designers NZ – Awards Dinner 2017 & 2018

"Michele was great - she brought her own personality to the event, it is quite highly scripted but she did a good job of sticking to the programme but adding her own comedy in. She managed the event very well, and was nice that she chatted to people in between doing her MC bits - highly recommend her!" - Rebecca Dobbs, Hospitality NZ

"We love working with Michele - she is unflappable! Not only does she keep us on track for our timing, she knows when to bring the crowd into line and when to roll with them and insert a short burst of humour to liven things up. As with any event, we make changes right up to the last minute and on the fly and it is comforting to know that Michele can adapt and help us make it all happen. We also appreciated the feedback she gave us on what we could do better or plan to add to our agenda for future events to keep them fresh. She deserves her own tumultuous applause and standing ovation" - Sandi Gray, NZ Bookkeepers