Andrew Clay is a very funny stand-up comedian and an excellent comedic MC.

Andrew Clay is one of New Zealand’s best stand up comedians, and he should be, he’s be doing it for longer than just about anybody else. He first stood on a comedy stage at the Sydney Comedy Store in 1990 having left his comfortable career as a sales rep his home town of Auckland. For the next 4 and half years he learnt his craft in the unforgiving world of the Australian Stand Up Comedy scene often battling drunken yobbos, halfwit hecklers and disinterested bar patrons who just wanted to watch the footy …. and that was usually just the management

In mid 1994 on a trip back home he sensed something in the air. The local comedy scene was being born and Andrew wanted to be part of it, so he moved back and at the same time joined Radio Hauraki's Morning Pirates, a role that he kept until 1998. In the years following his return Andrew showed his versatility by hosting and co-hosting TV shows as diverse as Candid Camera (1996), Bloopers (1996/7), the World Cup Highlights Show (2002) as well as umpteen appearances on Pulp Comedy and miscellaneous other shows such as Shortland Street, Ready Steady Cook and too many others to mention.

Throughout this time Andrew's Stand Up Comedy career continued to flourish, not just locally, but internationally with Andrew performing everywhere from Singapore, to Fiji, the U.K, Ireland, Holland, Canada, the U.S.A, the Carribean and even the combat zone of East Timor. In the corporate world Andrew has proved himself to be a popular choice as an after dinner comedy speaker, a debator or as an MC for any number of different occasions. 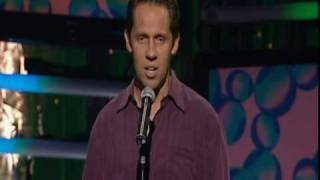 ‘Andrew Clay's comedic abilities are internationally unique and clever, he can entertain any audience. Very few comedians can bring the house down every time they step on stage, Andrew delivers every time’  Executive Producer, The NYC Underground Comedy Festival

‘Highly recommended as both a headliner & MC.  His audience rapport in almost incomparable in NZ’  Scott Blanks, owner/manager of the Classic Comedy Bar

‘Thank you once again for the outstanding comedic performance you delivered at our staff function earlier this week. Feed back from our staff was extremely positive, indeed your performance was the perfect close to a thoroughly enjoyable and relaxing day. I would be more than happy to recommend to any other organisation looking for some light relief to entertain staff’.  Aetna Health (NZ)